North Vietnam clearly understood that major attacks that grabbed our country’s headlines had great influence on the American public’s perception of and attitude toward the war. The battle for Hamburger Hill and the Tet Offensive, large battles fought early in the war where many American soldiers were killed, each had a big influence on the American public.  Even though both battles were clear U.S. military victories, they were political and psychological defeats that turned many Americans against the war.  North Vietnam’s leadership knew that sensational attacks worked to their advantage.  They knew our politicians would respond to more pressure from our citizens to end the war.  After all, many of our senators and congressmen were actively against the war.  Fifty of them participated in the “Vietnam Moratorium” marches!  North Vietnam’s leadership believed that further pressure on our politicians would give them greater leverage in Paris, and the attack against Dong Ba Thin was a part of that strategy.

Many who demonstrated in favor of our nation’s involvement in Vietnam believed the anti-war protests hurt our country and made the war more difficult to win.  General Westmoreland, at a rally in Pittsburg, told 100,000 participants that the anti-war protests “tend to confuse Hanoi.”  The governor of Georgia, Lester Maddox, was blunt.  He said the dissenters who organized the anti-war demonstrations “betray our boys in battle.”  Our country was deeply divided.

Those in the streets protesting against the War believed the Vietnam War was an immoral war that served no useful purpose.  They believed it was a war we could never win and that it was a waste of lives and money. Those who attended the counter demonstrations believed exactly the opposite.  They believed, and most of us in Vietnam believed, that our country was making a great sacrifice for altruistic and humanitarian reasons.  We believed we were stopping the spread of brutal communism. And, the communism that the people of South Vietnam experienced was exceedingly brutal.  Yes, our side sometimes acted and reacted in brutal even shameful ways, but we could not hold a candle to our enemy.  The atrocities they committed are unspeakable.

"Vietnam Moratorium" Protest Against the War

Held the Same Day I Arrived In Vietnam 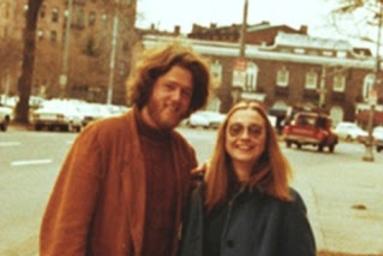 We believed that if South Vietnam fell to the Communists, other small nations would also soon fall.  We believed in what was called “The Domino Theory” – that South Vietnam was a “domino” and if it fell, other countries would quickly fall as a result.  And, I will add, many countries fell to communism before the Vietnam War and few have fallen since.  The Vietnam War was not a waste.  We did stop the spread of Communism.  Furthermore, the South Vietnamese I knew appreciated us.  They did not want communist North Vietnam to take over their country.  The Vietnamese people are often very expressive and I personally heard many of them express their extreme dislike and extreme fear of Communism.  The neighbors who live across the street from us are a Vietnam veteran and a Vietnamese woman he dramatically rescued near the end of the war, then married.  She knows, firsthand, how brutal the communists were in her country and to this day she still sometimes wells up in tears over her memories. 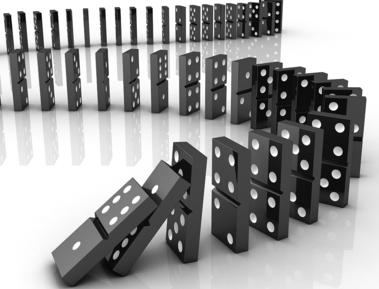 In 1969, 71% of the American public still approved of President Nixon’s Vietnam policy, but every day more American citizens became discontented with the war and massive anti-war demonstrations were widespread and growing larger.  Just five weeks before I left for Vietnam, North Vietnam’s leadership, for the first time, publically cited the American Anti-war Movement.  Their prime minister, Pham Van Dong, praised the war protestors and sent a letter to the movement’s leaders.

​On October 15, 1969, in a series of protests called “Vietnam Moratorium”, the protestors held numerous demonstrations in different US cities.  There were 50 U.S. Congressmen and a million U.S. citizens at the October 15 demonstrations along with millions of other protestors throughout the world.  Our nation’s 42nd president, Bill Clinton, helped organize and participated in the protest in England.  Only one month later, on  November 15, the  very day  I  arrived  in 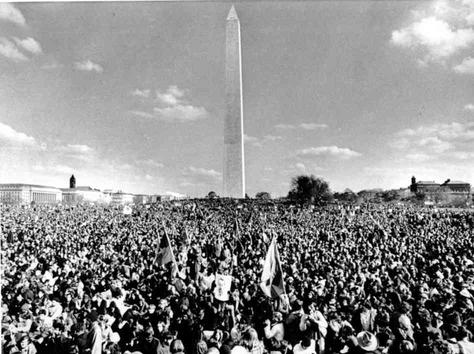 Vietnam, the largest protest in U.S. history, before or since, was held in Washington, D.C.  The movement to end the Vietnam War was strong and growing.  A substantial minority of our citizenry and most of the world were against the war.

​It is incorrect, however, to believe everyone was against the Vietnam War.  Soon after the “Vietnam Moratorium” marches, massive counter demonstrations were held. Those marches, labeled “Honor America” and Pro War” demonstrations were in support of our involvement in Vietnam and intended to counter the effects of the anti-war demonstrations.  They were attended and supported by many concerned and influential citizens, including the Reverend Billy Graham and Bob Hope.  On July 4, 1970, approximately 400,000 people attended a rally called “Honor America Day” held in Washington D.C.