The attack occurred on November 30, 1969 against the US Army base at Dong Ba Thin, South Vietnam.   There were at least ten sappers and seven of them sneaked under and cut through our concertina wire, crossed our perimeter and were completely inside the base before being discovered.  They carried with them a five-foot long Bangalore torpedo containing 75 cakes of C-4 plastic explosive – a bomb powerful enough to flatten half a city block.  A bomb designed to kill many soldiers.

I was on guard duty that night, and 53 officers, including Brigadier General John W. Morris, were sleeping a hundred yards behind my tower. The evidence is clear the sappers intended to strike my company’s officer quarters.  In the tower next to mine was Jerry Laws, who later became a Brigadier General, but was then an aviation captain with the 18th Combat Engineer Brigade.  Four hundred yards to my right was Specialist Butch Graef who was manning the 183rd Aviation’s tower.

In Basic Training, our drill sergeants told us that when we entered combat each of us would do one of the “Three F’s”.  We would freeze, flee, or fight.  They told us their job was to train us to fight.  The drill sergeants did their job well.  The night of the attack, good soldiers fought with great courage.  Only the chance crossing of good luck and good soldiers prevented this night from becoming a story of massive tragedy. 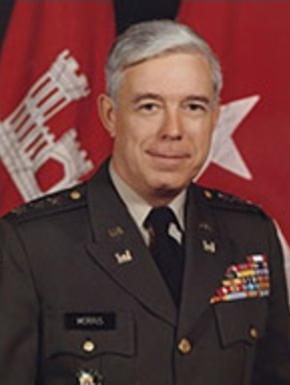 Vietnam was a war with no front lines. No direction was safe.  Though almost all of the fighting was done by about twenty percent of the soldiers, sometimes support personnel, like clerks, cooks and mechanics, were handed a share of the action.  As we were told in Basic Training, "You are all infantry first."  I was trained to be a clerk, but seven months after entering the Army, I found myself behind an M-60 machine gun when our perimeter was penetrated by enemy sappers.

​Sappers were the elite of the enemy’s forces and sometimes they sneaked into U.S. military bases to set off explosives to kill U.S. soldiers. They received their orders from the highest North Vietnamese commands and each mission was of great importance to the enemy’s overall military plan.   Every sapper attack was meticulously planned and deadly. They were extraordinarily brave and highly trained soldiers, very similar to our own special forces. We respected them and feared them.