For a more detailed understanding of Duck Hook and all that surrounded Nixon’s decision to not sign the order, I recommend the very scholarly and excellent book “Nixon’s Nuclear Specter” by William Burr and Jeffrey Kimball.  Burr is a senior analyst at the National Security Archives.  He directs the Archive’s Nuclear History Documentation Project.  Jeff Kimball is Professor Emeritus of History at Miami University.

The Draft Lottery was President Nixon’s pet project and a project he was proud of.  While campaigning, he had promised to end the war but the war “ended” for only the men who drew the higher numbers in the first lottery.   It also ended for everyone once he lasted through his year of eligibility without being called to service.  Nixon was typically cool and collected, but he was known to have a temper and could act impetuous.  If his pet project had been stained by such a tragedy, he would have been furious.

The night of the attack was a very pivotal point in the Vietnam conflict.  The war was near its peak and 11,780 of our soldiers died that year, the second worst annual total of the War.  The prior year, 1968, was the worst when 16,899 died.  However, deaths were declining, primarily due to President Nixon’s attempts to deescalate the fighting.   Foremost on the President’s mind and that of the public was the number of American casualties.  The total killed each week was often a newspaper headline.  Our local newspapers sent us copies of their paper free of charge.  Those daily papers often arrived sporadically, with many a week late and others packaged together from two or three consecutive dates.  But we did get the news and we knew about the concerns for us.  And we appreciated it.  President Nixon’s White House notes have recently been released and it is very apparent that keeping our casualties low was a top priority.

If the attack against Dong Ba Thin had been successful, it would have had a major effect on President Nixon. He would first have mourned over the loss of so many lives, then secondly deplored the thought that his personally conceived idea of the Draft Lottery would be associated with such a day of tragedy.

​Historians now know, through recently released classified documents, that President Nixon was on the verge of drastically escalating the War during the fall of 1969.  He had on his desk a top secret military plan called “Duck Hook” that would have instated a massive bombing and harbor mining attack against North Vietnam.  President Nixon and his advisors often called it “The November Option.”  Our country had curtailed bombing North Vietnam for more than a year because President Johnson resolved to show good faith during the Paris Peace Talks.  The Talks, however, were now stalled and Peace seemed distant.  The North Vietnamese were warned through Russian intermediaries that “serious events were to happen if there were not movement toward a settlement.”  The President’s closest advisors, including Henry Kissinger, General Maxwell Taylor and General Earle Wheeler were counseling the President to pull Duck Hook’s trigger.  Duck Hook would have been far more massive and brutal than President Johnson’s previous bombing campaign.  This time, no holds would be barred and the most crucial elements of North Vietnam’s economy would have been destroyed.  Duck Hook would have bombed North Vietnam’s dams, dikes, bridges, water and power stations and factories, and mined her harbors.  Approximately 200,000 North Vietnamese citizens would have drowned if the dikes had been destroyed.

President Johnson, who literally sat at the table with the generals as his bombing missions were planned, never allowed non-military targets to be bombed and he would not allow military targets near population centers to be bombed.  Duck Hook removed those restrictions.  The plan was to bring North Vietnam’s economy to its knees and many tens of thousands, even several hundred thousand, North Vietnamese civilians and military personnel would have been killed. The plan even employed the possible use of tactical nuclear weapons. Henry Kissinger, the National Security Advisor, told his staff: “I cannot believe that a little fourth rate power like North Vietnam does not have a breaking point.”  General Taylor, the World War II hero, advised Nixon that Duck Hook was necessary to get North Vietnam back to the negotiating table.  General Wheeler, the Chairman of the Joint Chiefs of Staff, and other key advisors were pressing Nixon to give the order. 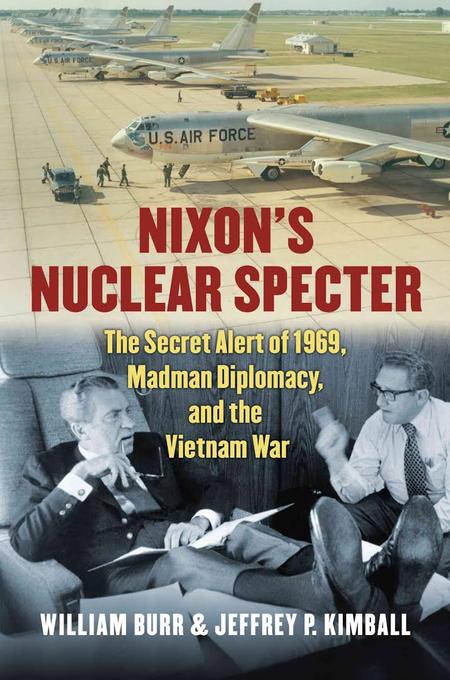 Duck Hook was designed to end the War quickly – the way we ended the wars against Germany and Japan – with brutal and relentless bombing of any and all targets, with nuclear weapons, when necessary.

President Eisenhower had threatened to use nuclear weapons to end the Korean War and Nixon was one of Eisenhower’s closest advisers during that conflict.  Eisenhower and Nixon are each on record that they believed that threat ended the Korean War.  Each later confirmed that the threat was not a bluff – it was real.  President Nixon carried that experience and attitude with him into his own Presidency. 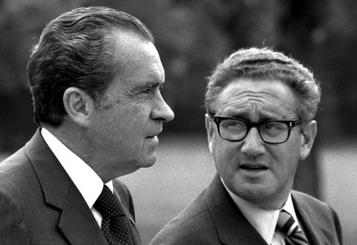 American casualties were declining, but that he would have pulled the trigger if North Vietnam escalated their attacks.  Would Nixon have ordered Duck Hook if the attack against Dong Ba Thin was successful?  We know the President’s closest advisors were strongly urging him to give the order.  We know the plan was ready and President Nixon was on the verge of signing it.

​Historians now know, through recently released documents, that when President Nixon finally decided to put Duck Hook on the back burner, he informed his Secretary of Defense, Melvin Laird, that there would be no attack on North Vietnam unless there was a “provocation.”  Nixon then went on to tell Laird, “If the North Vietnamese try to break us with an offensive then we must hit them – and I do not mean tit for tat.”  It is now known that by 1972, Nixon regretted not ordering Duck Hook in 1969.

William Safire interviewed Henry Kissinger in 1973 and Kissinger seemed to make reference to Duck Hook when he told Safire “We should have taken the doves on right then – started bombing and mining the harbors.  The war would have been over in 1970.”