Three months into my tour, the Water Point was overrun by a platoon of Vietcong. Miraculously, none of the guards was killed, though all three were wounded, two of them very seriously.  One lost a leg. The two who were seriously injured never returned to Dong Ba Thin.  I spoke at length with the one who did return after two weeks in the hospital.  He told me they were all blown out of the tower by a B-40 RPG (rocket propelled grenade) but managed to hide in the elephant grass that was growing inside the post while

Upon my arrival at Dong Ba Thin I was assigned to work both in the Personnel office and on guard duty.  Our company was required to man two small wooden towers on the southeast corner of the base.  One of the towers faced the elephant grass on our south side and the second faced the sea on our east side.  Nearly ninety percent of our company’s 225 enlisted men were exempt from guard duty, so about 25 of us did it all, which meant each of us on the roster worked a night of duty more than once a week.  During my year I spent a total of 65 nights, or 780 hours, on guard duty, including two nights at the Water Point.  I turned my 21st birthday on a guard tower. Although almost everybody hated guard duty and managed ways to get exempt, I liked it.  I enjoyed being alone, and I looked forward to the half day off to sleep late the next day.  Even after I was transferred out of Personnel to a position with the Aviation section, which was exempt from guard duty, I continued on the  guard roster.  The Major in charge of base security insisted I remain a guard.  Even though guard duty was generally assigned to those enlisted men who worked lesser jobs, I was not offended by the Major’s decision. The Major thought I was a good guard.  I knew guard duty was important and I considered his orders a compliment.

Each tower also had a folding chair to sit on.  I asked about the chair a week earlier when I was briefed about the requirements of guard duty.  The Sergeant told me that a short rest will keep a guard more alert, and that I could sit down for a minute or two if I got tired, but to “not overdo it.”  It was very tiring to stand for two hours wearing a heavy flak jacket and steel helmet, especially after a full eleven hour regular workday, and then get up and do it again after four hours of sleep.  Sitting down briefly helped manage fatigue, but when a guard sat down, and most did, he could not see much of the perimeter.  He could see the stars and moon, but the perimeter itself was mostly blocked by the tower's four feet tall sidewalls.  Any enemy surveilling the tower from the elephant grass just beyond our wire could clearly see the guard's silhouette and know whether he was standing or sitting.  We knew the enemy studied our behaviors from the elephant grass. They knew when guards sat down and when shifts changed.

Randy Bullock
​Near the age I went to Vietnam 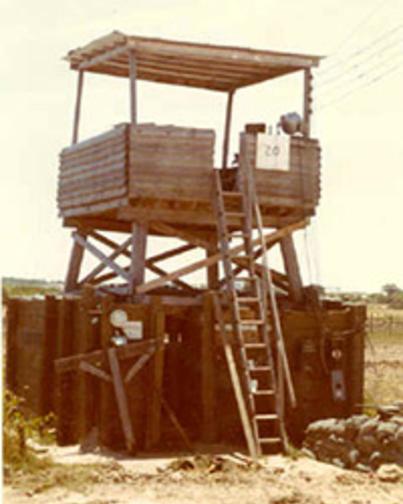 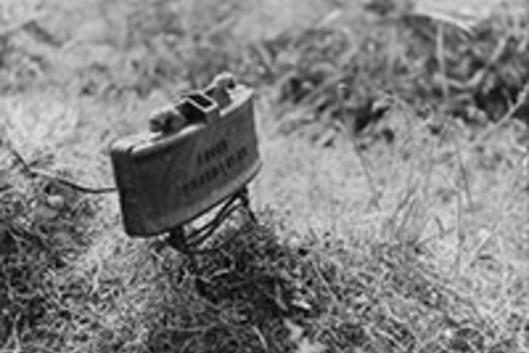 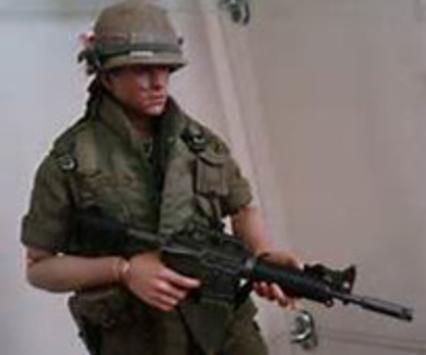 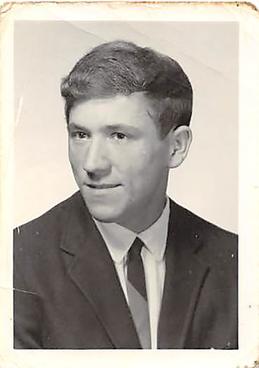 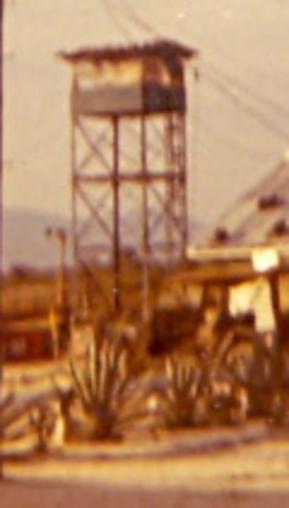 In addition to regular guard duty, every night three of us were trucked five miles out into the jungle to guard a small post that provided our fresh water, called the “Water Point.”  It was composed of a small block building with a well and pumps inside, was situated on about one acre, was surrounded by concertina wire and was protected by a single guard tower.  Each company at Dong Ba Thin provided guards for Water Point duty and we worked that assignment once a month. It was a good way to meet soldiers from other companies because there were no other soldiers at the Water Point, just the three of us – five miles out in the jungle for a long twelve hours.   We weren’t able or expected to fight off a substantial attack, but we were pretty good “canaries in the coal mine.”​

Each tower had an M-60 machine gun, an M-79 grenade launcher, ten clackers wired to ten Claymore Mines, a starlight scope, flares, and a field phone.  Each guard also brought his rifle, flak jacket, and steel helmet.  Our enemy hated the Claymore Mines.  Each Claymore fired off 700 steel pellets and each pellet was approximately 22 caliber.  It was like 700 rifles being shot at once or a huge shotgun shooting double aught shot. It discharged in a sixty degree arc and was designed to strike all enemies within 165 feet. 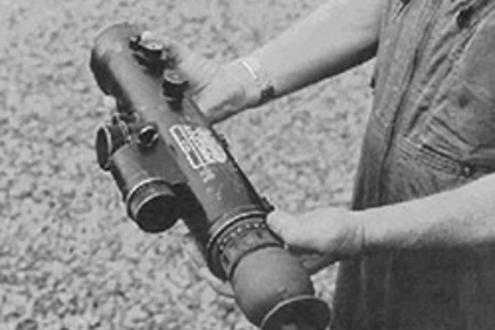 One of Dong Ba Thin's New Towers Built After the Attack.  In a 3 Month Rebuild, We Built Much Taller Steel Towers, Killed All the Elephant Grass, Added 3 Rows of Triple Stacked Concertina Wire, and Set Our Claymores In Concrete. 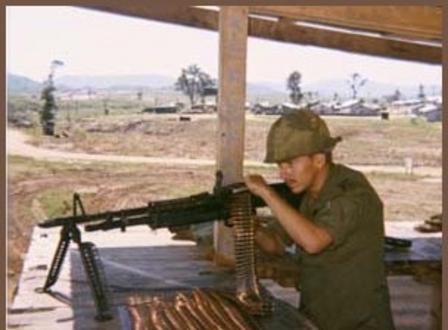 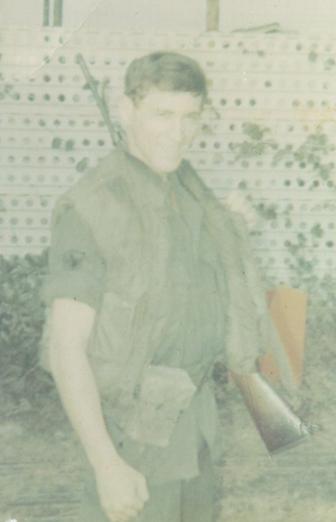 the Vietcong damaged the block building and water pumping equipment. The attackers must have assumed our 3 guards were dead, so they finished their mission and left in a hurry. From that time on, none of Dong Ba Thin’s ordinary guards was sent to the Water Point.  We were replaced by a full platoon, about 30 men, of Korean infantry.