Only our enemy used AK-47 rifles, and that rifle has a very distinct, recognizable sound.  Brigadier General (retired) Jerry Laws, who was then an aviation captain with my company, quickly recognized that the AK-47 blitz meant enemy was near and we were not just taking mortars.  We were under direct enemy attack.  Captain Laws had not yet retired for the evening, was still dressed, and his response was instantaneous.  He grabbed his flak jacket, steel helmet and weapon and ran to our company’s eastern guard tower which was only a few yards from his quarters.  He was half way up the ladder when the first satchel charges exploded.  He soon sent fire from that tower's M-60 and rifle fire onto the perimeter. Captain Laws knew that tower’s early machine gun and rifle fire might hit enemy, and just as importantly, it let everyone on the base realize more quickly that we were not under a mortar attack!

In the process the sappers injured five of our men including both guards on duty with Graef.  Specialists James Dorough and Frank Robertson received purple hearts. Captain Hodgson also received a purple heart.  The living quarters of Captain Hodgson and Captain Miller were a shambles from satchel charges.  Major Edward Harris’ quarters was also damaged.

The sirens went off, and the lights inside the base flashed on.  Specialist Michael Buttolph joined the action and carried another M-60 up Graef’s tower.  The two guards on duty with me, who had been sleeping in the small bunker at the base of our tower, quickly joined me on top.

After the sappers had escaped, but still within rifle range, Specialists Terry Hackney, Wesley Smith, Markus Mitchell and others added their own flurries of rifle fire into the perimeter, probably wounding or killing more of the sappers.

A couple of minutes after the explosions, the 183rd tower, about 400 yards to my right, opened up with the replacement machine gun that Specialist Buttolph had provided.  In short order I received a call on the field phone from our captain of the guard.  He inquired if I had seen any enemy or done any shooting.  When I answered "No," he then asked, "Well, you hear all that machine gun fire, don't you?"  His tone was a little impatient. He told me that our perimeter had been penetrated and gave us permission to open fire into the elephant grass.  My heart raced, time slowed and my mind focused to an extraordinary degree.  It was a detached, surreal feeling that lasted for days. 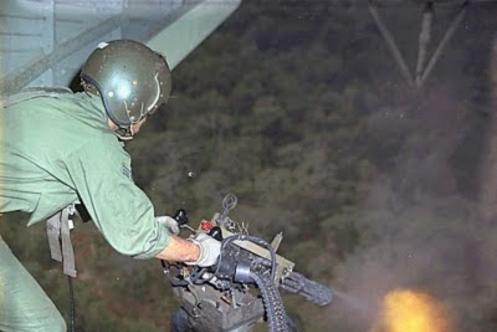 Sappers Inside Our Base

The sappers penetrated our perimeter at 11:30 P.M. on the Sunday night of November 30, 1969.  That was too early for a sapper attack.  The moon was in its “waning gibbous” stage at about 66% visibility and that was plenty of moonlight for us to see the perimeter clearly.  I found 25 different Vietnam War sapper attacks chronicled on the internet as well as two books written on the subject.  I checked the dates of each of the other attacks with an astronomical site that records historical moon phases and found only three other attacks that occurred during a bright moon.  None of those other attacks happened at such an early hour.   Why did our sappers attack on November 30?  Why did they not choose a darker night and why did they attack at such an early hour when our guards were fresh and some of our soldiers were still up and moving around?  I believe there is an explanation that I will detail in 2 following sections:  "Why November 30th..." and "Why So Early..."

I was a green PFC and had been in Vietnam only fifteen days.  It was only my second night on guard duty, and I was on the tower that faced the elephant grass to the south.  I had third shift, from ten p.m. until midnight and then again from four a.m. until six a.m.   I was a 20 year old with a machine gun who felt important and powerful and the excitement of my new job kept me very alert that night.  I did not sit down for even a moment and I remember how fascinated I was with my starlight scope.  It was a single lens scope, about 18” long, hand held, and weighed over 5 pounds.  The more moonlight, the better it worked.  It slightly magnified and somehow gathered enough light from the moon and stars to project back a greenish image of objects we could not otherwise see in the dark.  I played with it like a ten-year-old with a new toy.

Within a few minutes, the captain of the guard called again to tell us that helicopters would soon be in the air and to hold fire lest we might hit one of our own helicopters.  Almost immediately a number of attack helicopters were scouring the elephant grass with search lights.  Two of them soon hovered over a small area between our towers.  The helicopters opened up their machine guns into that concentrated area for fully five minutes.  I knew they had found the sappers.

My emotions were mixed.  It was the moment when the realization of what had just taken place became real. I knew that men were dead and dying out in that grass.  Men just like us, men with families who wanted them to come home.  I knew the fight was over, and I was very glad for that, but I was also sad.

All of the sappers immediately fled our base, including their wounded leader, although he slowed them down and was abandoned a hundred or so yards outside the perimeter. They must have spent 5 or more minutes trying to drag him with them. The sappers had about 10 minutes before the helicopters arrived yet they remained a couple of hundred yards away and  just 200 hundred yards from the motorcycles they had parked along a creek that ran along the south side of our perimeter.  In that span of time, they should have had time to reach their motorcycles, sped under Bloody One through a culvert and scattered into the nearby village or into the mountains.  It is now clear that by the time the helicopters arrived, several of them had been wounded, and without their leader were disorganized.  Their limited time to escape had vanished before they could.

According to John Bradley, who was a Staff Sergeant with the 183rd, and is now a Baptist minister, a total of nine sappers were killed that night. The next morning the sapper wounded by Specialist Graef was found hiding in a row of bushes on the eastern berm of Bloody One.  Three of our soldiers killed him, totaling ten enemy dead.

The sappers then quickly threw a few satchel charges at the adjacent Officer and NCO quarters, threw grenades at the 183rd tower and bunker and blew up the 183rd generator, enveloping that corner of the base in darkness.  The primary purpose of the satchel charges was to confuse the rest of the basis into the false belief that we were getting hit by mortars.   When mortars came in, we stayed low until sirens instructed us to race to the perimeter.

I heard the AK-47 volley first but thought someone had set off firecrackers.   A more experienced guard would have known it was AK-47 fire, which has a distinct sound.  Only seconds later there were several explosions.  At that point I still did not realize we were under sapper attack.  I thought the 183rd corner of the base had taken a few mortars.  It happened so quickly that the incongruity of firecrackers going off shortly before mortars exploded didn’t register.  The next day my friends, all of whom had been in Vietnam longer, had a laugh when I told them I had thought of firecrackers.  “No, Randy,” one told me, “you won’t hear any firecrackers at Dong Ba Thin.  That would put the whole base on alert and the sirens would go off.  We would all have had to get up and run to our positions on the perimeter.”

​Specialist Leo Farrell happened to be walking to the latrine, the same latrine demolished by the RPG, and saw the sappers as they were throwing satchel charges.  Leo had his rifle with him and fired a few rounds at them.  Butch Graef’s machine gun was inoperable due to a cleaning error and the sappers had already cut the wires to his Claymore Mines so he grabbed his rifle and managed to shoot one of the sappers in the knee. The sapper he hit, apparently the leader, was an ARVN (Army Republic of Vietnam) captain who had been on our base many times to learn to fly!  He was ostensibly our ally and had even eaten in the 183rd mess hall!  Like I said, the enemy was everywhere.  There were no front lines. The sappers then hurriedly exited our base through the same holes in our wire they had cut only a few minutes earlier. 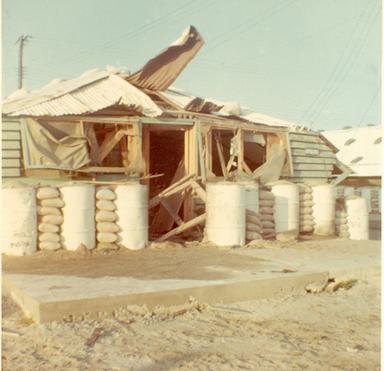 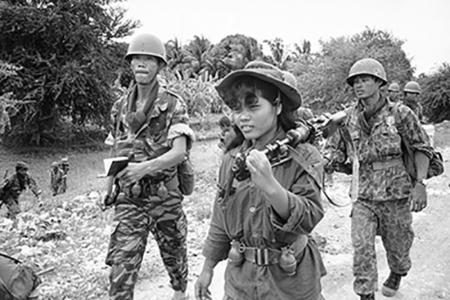 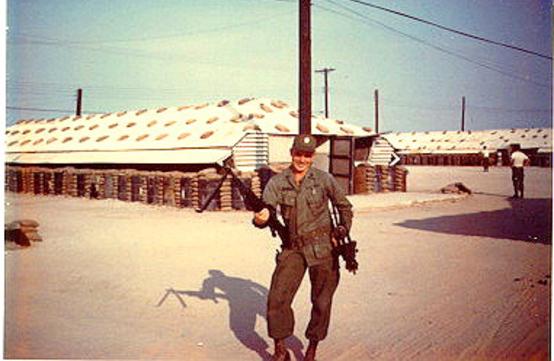 The sappers completely breached our perimeter and were behind the 183rd tower and on the perimeter road heading my direction and toward my officers area when, fortunately, Specialist Jim Benoit happened to be drying off after showering.  At the time, Captain Paul Walker said Jim started singing in the shower, but 46 years later Jim told me, laughing, “No, it wasn’t my music that saved us.”  We do know that Jim did something that startled them and caused one of the sappers to chamber a round into his Chinese-made AK-47 rifle.  The guard on the 183rd tower, Specialist Butch Graef, who was a mechanic by day, heard that distinctive click and threw a spotlight on the sapper. 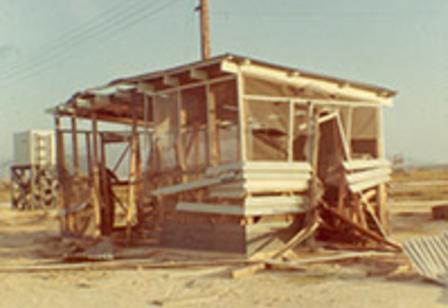 The sappers knew they were caught and they immediately pinned down Specialist Graef with a flurry of fire.  They had lost their element of surprise and quickly aborted their mission and entered their plan of escape.  After the bursts of rifle fire at Butch and his tower, the sappers loosed an RPG that demolished the latrine next to the shower that Specialist Benoit was in.  Jim is alive today solely because the sappers thought his “serenade” was coming from the latrine. 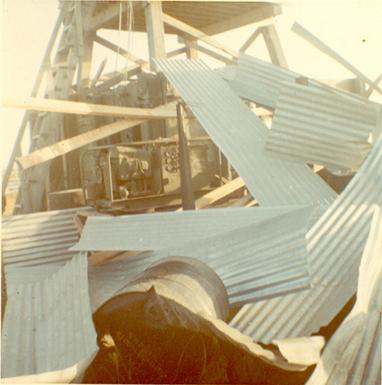 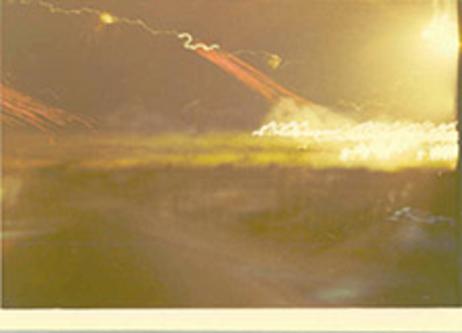