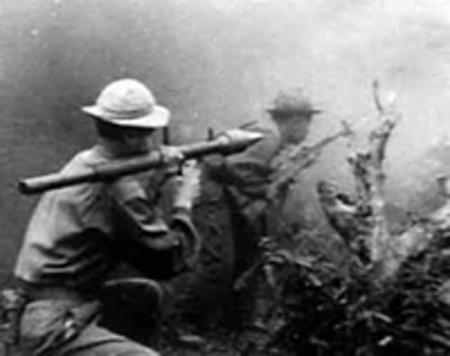 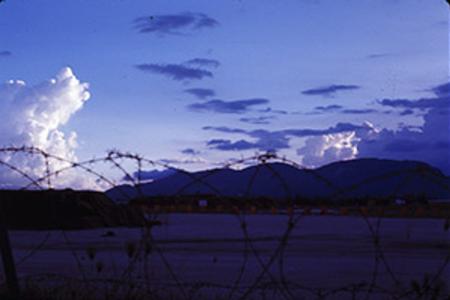 Sappers would crawl under and cut through our concertina wire, and could traverse a hundred yard deep perimeter in less than five minutes.  They would usually crawl between two towers, moving when neither guard was watching and freezing when either guard looked their way.  Our perimeter was lit up and denuded of most plant life but the uneven terrain cast shadows so a sapper lying flat and motionless was difficult to see at a hundred yards distance. An alert and active guard diligently using his starlight scope could see the entire 400 yards between towers, but even five minutes of inattention was all sappers needed to crawl across undetected.  When sneaking across a perimeter, sappers always had hidden comrades armed with small shoulder fired rocket launchers stationed directly in front of nearby towers. Inspectors told me the day after the attack that there had been one or two sappers hiding in the grass directly in front of my tower, a tower armed with a machine gun, Claymore Mines, and a grenade launcher.  If a sapper was discovered, his comrades were ready to fire their rockets at the towers.  They would knock out the towers, abort the mission, escape, and return another night. Because clothing could get caught in the razor-sharp barbs of our concertina wire, they came in naked, except for a black loin cloth or very short dark shorts.  The sappers were extremely good at what they did, usually quickly accomplishing their very specific missions, then escaping unscathed.