attack.  Each sapper had a specific, rehearsed job to do.  They rehearsed their plan in minute detail with every intention to accomplish a very specific mission and escape before we could counter.

​When I didn’t sit down, or put my starlight scope down, the sappers couldn’t get through at their intended point of entry a hundred yards to my right. They could have waited for another guard to replace me, who probably would have sat down.  Or, they could have just left to return another night.  Instead, these sappers appear to have made a significant change to their plan.

Maybe the sapper’s motive for altering their plan was influenced by North Vietnam’s president, Ho Chi Minh.  Minh died in September 1969, two months before the attack against our base, but shortly after he died, a  proclamation of his specifically about sapper attacks was released at an October 1969 North Vietnam military conference.  That proclamation was issued merely one month ​prior to the attack against our base.  In it Minh urged that “sapper tactics must be flexible…determination to win and destroy the enemy must be strong...accomplish all missions and overcome any difficulties.”  Evidently, the sappers who attacked our base were trying to do just that when they radically changed their point of entry.  They came in nearly 500 yards from our officer’s area, instead of 150, only a few yards from showers, latrines and the 183rd   sleeping quarters. They came in at a point too close to soldiers and at a time when a few of those soldiers were still awake and moving around.  If they had entered a hundred yards to my right, they would have come in under dark shadows behind empty administration buildings that had no soldiers, latrines, showers or sleeping quarters.

The investigators put me on the defensive. They said the sappers were right in front of me yet I had not seen them.  I told them that the reason the sappers did not come in a hundred yards to my right was because they could see I was standing and constantly using my Starlight Scope and they would have been discovered.  The investigators knew I was feeling their heat, so they eventually admitted they were aware I would not have been able to see the sappers.  The sappers had done their moving and crouching only twenty yards deep in the elephant grass, but the tower wasn't tall enough to allow me to see down into the elephant grass a hundred yards in the distance.

Historians now know that sapper attacks were always very well planned. The sappers created mock-up pre-raid miniature camps in the jungle and knew precisely where they would pierce the perimeter and what they were going to

If you are wondering how it is that our enemy had such precise details of our camp, it is because they had spies working inside every U.S. base in Vietnam.  We had about 200 South Vietnamese men and women working inside Dong Ba Thin.  They did our laundry, washed dishes and aided with numerous other necessary tasks.  They were very hard working and cooperative people – but a few of them were spies.  We caught one hooch maid pacing off the distance between two buildings.   Our intelligence knew from captured documents that our enemy had precise and accurate layouts of our camps.   Our enemy was very intelligent and resourceful.   A comment made by General Morris in his memoirs accentuates these facts. On page 75 of his memoirs, surely with mild humor intended, General Morris stated:

Midmorning the day after the attack two NCO's from Army Intelligence out of Cam Ranh, came to talk to me.  They took me back out to the tower and I answered all of their questions.  The investigators disclosed to me that there was “a lot of blood” and “several blood trails” and “several dead sappers” out in the elephant grass. The bodies had not yet been removed because dead enemy bodies were sometimes booby trapped, and bomb demolition experts were on their way to do that work.   I asked the investigators if they found any dead men or blood near my tower.  They said no.  I asked if the sappers had been near my tower, and they said “it looked like Grand Central Station” between my tower and the 183rd.  The investigators said that the sappers “shuttled back and forth several times”, and were “probing for a place to get through.”  They told me the sappers had beaten a path between our two towers and had been squatting down in an area of grass about a hundred yards to the right of my tower and another smaller patch directly in front of my tower.  The investigators knew that sapper attacks were always well planned with a specific point of entry and they seemed puzzled the sappers would “shuttle” back and forth, “probing for a place to get through.”   This explains why the 183rd Aviation’s pet, a small dog named “Jessie”, had been yapping for 45 minutes before the attack.  She did that sometimes and everyone ignored her. 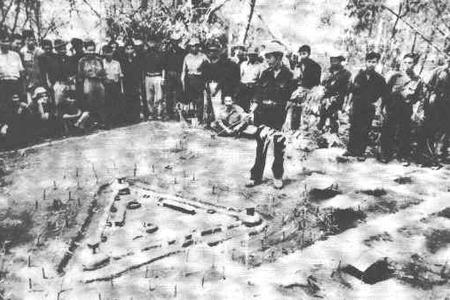 “In 1969, the 18th Brigade headquarters didn't have an officers’ club or lounge.  So the officers got together and built what would be an officers lounge. ...Anyhow, the night we opened it, we invited some local friends to come over in the afternoon to christen this club.  Well, I guess the Vietcong were upset because they were not invited.  We no sooner got in the club than they whammed one right in on top of us.  Fortunately they didn't have very good aim, but the club was a very nervous place to be for the next couple of weeks." 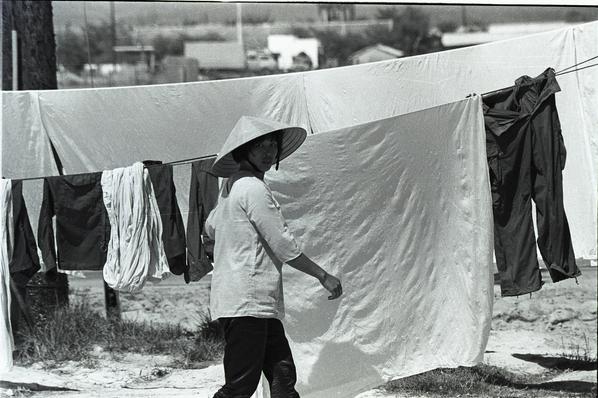 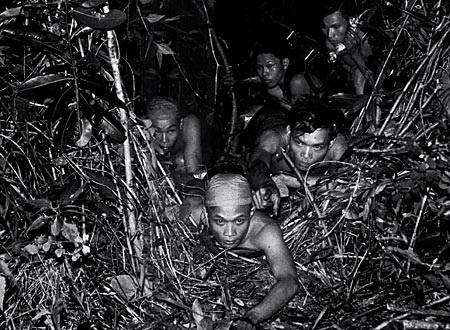 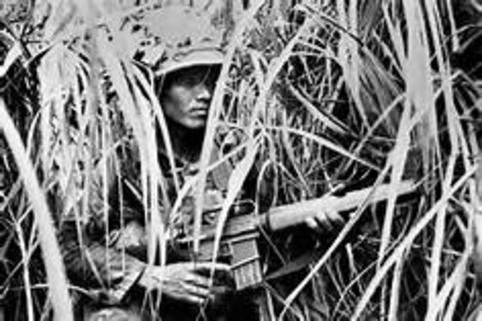 General Morris’ humor reminds me so much of Vietnam.  Our humor usually had a tinge of fatalism.  After I got back to the states, over a period of about 2 years, nothing anybody said seemed funny and nothing I said was funny to anyone else.

I believe the sappers were intent upon following Ho Chi Minh’s dying words to “be flexible” and “accomplish all missions.”  I believe the attack against our base was a very important mission that would have maximum impact only if it were carried out early on the night of November 30th.  A night when the moon was just too full for a sapper attack!