In a nutshell, the Lottery gave each eligible young man a number that was based upon his birthday.  The 366 calendar days of the year (including February 29th) were put into plastic capsules and placed inside a container from which to draw them.  As each capsule was blindly drawn, the birthday within was listed in that order to be drafted.  For example, my birthday of December 31st was drawn on the 100th pull and received the number “100.” So, anyone born on December 31st knew he would not get drafted until all eligible men who had the numbers 1 through 99 were drafted first.   December 1st, 1969, was the first drawing, followed by a new drawing during each of the ensuing years.   Each year males who turned 18, or otherwise became eligible through an expired deferment, would receive the  number his birthday drew.   Most importantly,  everyone’s eligibility to 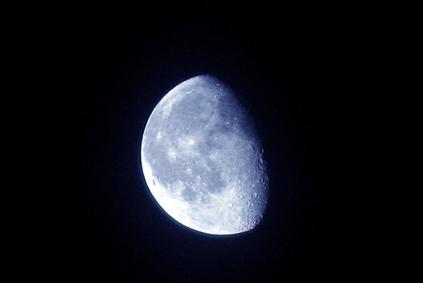 be drafted lasted only that single year.  Once an individual passed through that year, he could no longer be drafted.  Incidentally, the birthdate that “won” the lottery, the first date drawn, was September 14th.

The Vietnam War was fought disproportionately by the sons of the working class.  It was a huge issue for tens of millions of voters, and while campaigning, Nixon promised he would make the draft fair.  The Lottery was his attempt to do that and it partially accomplished its goal in two ways:

First, it nationalized the selection process.  Before the Lottery, each community was given a quota to fill each month and the members of the local draft boards often made their selections behind closed doors.  Those local boards were sometimes corrupt and it often seemed that the men selected to be drafted were not the sons of the influential.  It was a huge bone of contention and it had a lot to do with why so many Americans were against the War.

Second, the Lottery made it much easier for individuals to plan their lives.  After the Lottery, each eligible man knew his prospects of getting drafted.  If he got a higher number, he knew he would probably not get drafted.  And once he passed through his year of eligibility, he knew for certain he would not get drafted.  Before the draft, men who did not have a deferment were eligible to be drafted between the ages of 18 and 26, so an individual’s life was in a state of limbo for 9 years. Sometimes the lack of clarity about the chances of getting drafted caused postponed marriages, hastened marriages, muddled child bearing plans, disordered job opportunities and diminished house buying.  It nearly doubled the number of men who went to college, which was the favored way to get a deferment.  The issue of deferments itself could be the subject of a long discussion about unfairness.  Only 2.6 million of my generation’s 30 million eligible men, about 9.7% of us, went to Vietnam.  More than 15 million were given deferments.

The Draft Lottery was also a brilliant political move.  Once a young man received a higher number, or once he passed through his year of eligibility, he and his family were much less likely to be so fervently against the War.  After the Lottery, the number of protestors at the Anti War demonstrations declined considerably.  Nixon surely knew the lottery would work to lessen sentiment against the War, and so did the North Vietnamese.  The Lottery had an abundant effect on the anti-War movement, and that in turn had an abundant effect on the politics surrounding the War.   It was important to tens of millions of American voters. The Draft Lottery was important and positive for President Nixon but, for the other side, it was important and negative to North Vietnam’s leadership.

The Lottery was also a statement to the North Vietnamese that, if necessary, our country was in the war for the long term. Why would we need a draft or a lottery if the War were to end soon?  President Nixon had campaigned on the promise that he would end the war.  By November, 1969, he had been in office for more than 10 months and the War was showing no signs of ending.  Over 10,000 more American soldiers had died during those ten months and the Paris Peace Talks were stalled. The institution of the Draft Lottery helped President Nixon to show the North Vietnamese that, unless they came back to the table, and got more serious with the peace negotiations, we would fight for years to come.

The North Vietnamese leadership knew the Lottery would have a politically adverse effect on their war efforts and was a signal that President Nixon was digging in.  I think the attack against Dong Ba Thin was meant to be a statement by the North Vietnamese that they were not intimidated.  They wanted to make their own statement and compete with, maybe even over shadow, the headlines in the next day’s newspapers.

Why November 30th?  The Moon was too bright!

It is clear the sapper’s target was General Morris.  The huge bomb they carried and the fact the sappers were congregated so near my tower make it obvious, to me anyway, and several experts, their mission was to kill our general and many others.

But why did they not choose a darker night?

I believe the sappers and their leaders in North Vietnam made the exceedingly dangerous decision to attack on November 30th because the much anticipated Draft Lottery was to be held the very next day – December 1st.  The Draft Lottery was certain to be a huge media event that captured the front page of every newspaper and was the lead story of every television newscast.  The North Vietnamese were trying to generate a big story that would compete with and interfere with the next day’s lottery.

​The Draft Lottery was an enormously important event in the Vietnam War and it greatly affected the lives of tens of millions of young men who had not yet been drafted. 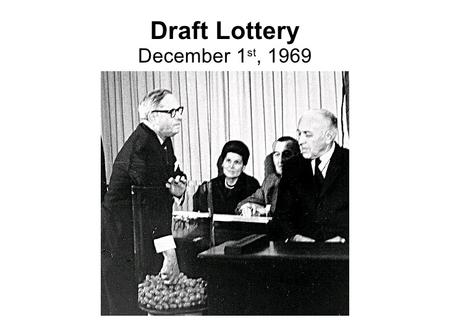 Waning Gibbous Moon at about 60% Visibility